Maximum Award To Mechanic’s Survivors Due to Diesel Fumes 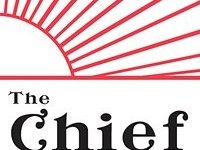 A former Bus Mechanic’s death from lung cancer was deemed by a Judge to be related to his 28 years working amid heavy diesel fumes in a Metropolitan Transportation Authority garage, in what his widow’s attorneys believe is the first legal case to establish a link between occupational exposure to diesel emissions and cancer.

Workers’ Compensation Law Judge Jay Leibowitz has awarded the family of Anthony Nigro, who worked in Manhattan’s Michael J. Quill depot, $773 per week, plus roughly $100,000 in payments retroactive to his death in January 2012. The weekly disbursements, shared by Mr. Nigro’s widow, Dorota, and their two children, will continue until the children turn 23 or leave school, and until Dorota dies or remarries. Nearly $6,000 was also granted for funeral expenses.

The award is the maximum allowable under the law based on Mr. Nigro’s long tenure on the job and the salary he’d attained by the time he retired, his attorney said last week. The MTA did not file an appeal before the deadline.

“It is a landmark case, in the vein of other landmark cases like the [first] asbestos case and the first occupational-hearing-loss case,” Robert Grey, one of Ms. Nigro’s attorneys, said in an interview last week.

He is aware of no legal precedent establishing the connection between diesel emissions and cancer.

Ms. Nigro told THE CHIEF-LEADER in March 2013 that she became alarmed after her husband’s death in January 2012 when she visited the midtown Manhattan garage where he’d worked, which sits slightly underground.

The walls were black with soot, she said, from the hundreds of buses that passed through every day. Working the morning shift, her husband was exposed to the fumes from up to 200 to 300 buses as they started up.

When she filed a claim with the state Workers’ Compensation Board for a job-related death, the MTA contested it. Mr. Nigro was once a heavy smoker, racking up 20 “pack-years”: that’s a pack a day for 20 years, or two packs a day for a decade. Though he’d quit more than 20 years before being diagnosed, pulmonologist Dr. Lawrence Scharer testified for New York City Transit that the cigarettes were “far and away more important” a factor than the diesel exposure.

Another physician specializing in occupational and preventative medicine called by the petitioners acknowledged that smoking was “also a likely contributor,” but testified that the diesel emissions were “more likely than not a significant contributing factor in causing or aggravating” Mr. Nigro’s illness and death.

Mr. Grey explained that under the law, his team only had to meet that “significant contributing factor” standard. Cancer’s origins are notoriously difficult to pin down, and more than one toxin or genetic vulnerability is usually considered to be at fault.

Alissa Gardos, an attorney with Mr. Grey’s firm representing Ms. Nigro, established during a deposition that Dr. Scharer was unfamiliar with a 2012 decision by the World Health Organization’s International Agency for Research on Cancer classifying diesel emissions as carcinogenic to humans, its most-stringent of five categories of substances that includes asbestos and benzene.

“It’s very rare to have a lung-cancer case with exposure to just one carcinogen,” Mr. Grey said. “…When you look at asbestosis, very few people get mesothelioma solely through asbestos exposure. Nobody gets it solely from smoking. You get mesothelioma from the combination of asbestos and smoking.” (A National Cancer Institute fact sheet states that the risk of lung cancer is greatly increased by exposure to both toxins, far above the risk from either alone.)

“To me, and I’ve been doing this for 44 years, this is really a monumental decision,” said Frank Goldsmith, occupational health and safety director for Transport Workers Union Local 100. “This is like the beginning of asbestos where we were in the ’70s. This is how [that] fight started, with just a few cases, then we found out about more, then they uncovered a pattern.”

MTA spokesman Adam Lisberg declined to comment on the decision. 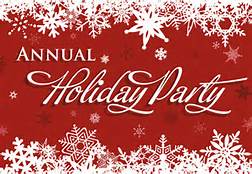 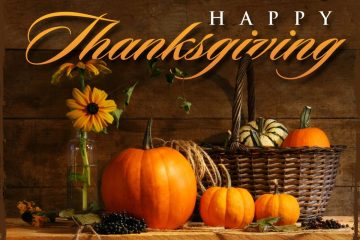