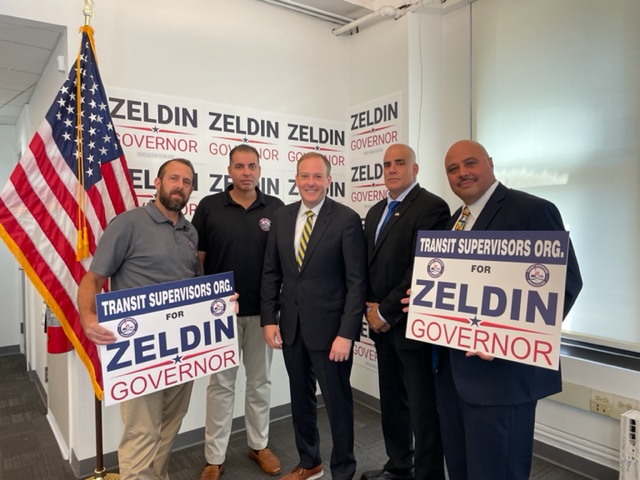 The survey, conducted by the independent Trafalgar Group, found Hochul with just a 4 percent lead over the Long Island congressman — a significant narrowing in a race that has seen Hochul with a lead of up to 24 points.

The poll of 1,091 likely general election voters, conducted on Wednesday and Thursday, pegged Hochul at 47.8% — and Zeldin, at 43.4%, nipping at the Democrat’s heels.

That put the governor’s lead outside the poll’s 2.9% margin of error — but not by much.

An additional 2.7% of respondents said they support Libertarian Larry Sharpe, with 6.7% undecided.

The race’s last poll, released Aug. 23 and conducted by SurveyUSA on behalf of WNYT-TV in Albany, found Hochul with an overwhelming 55% support, compared to 31% for Zeldin and 14% undecided.

To keep in stride with the Depots we negotiated the same training pay terms for the BCC. This agreement is for one year only because of the possible changes that may be coming in 2024. Read more…

As we witness the exodus of those people who worked at 2 Broadway and the BSC it’s obvious to see we are headed toward a crisis situation. Why should you care you may ask? If Read more…